Being royal residence of Ottoman dynasty after 1856, this spectacular palace is a combination of Art Nouveau and Baroque style. The palace has cost 5 million Ottoman gold coins which are equal to 40 tons of gold today. 14 tons of gold in the form of gold leaf were used to gild the ceilings of the palace which cover 45,000 square meters mono block. Last Sultan left the palace in 1923 when The Republic of Turkey was founded. Mustafa Kemal Ataturk also breathed his last over there. Today, Dolmabahce Palace serves as a museum. (Harem Section is not included in the itinerary because it needs additional time and fee so please check with your tour guide if you would like to spend time over there on your own.)

The first bridge of Istanbul which was built in 1973 connects the two continents.

The highest point of Istanbul which offers extensive panoramic view of the city including Bosphorus.

Golden Horn is an inlet of the Bosphorus dividing the city of Istanbul. It is called as Golden Horn because of its shape. During Ottoman Empire, lots of non-muslims lived in that area so you can see lots of churches and synagogues over there today. You will visit this district by bus after Camlica Hill.

Its role as the Mother Church among the most modern Orthodox churches makes it very important place to visit. Since 1586, the Orthodox Patriarchate has had its headquarters in the relatively modest Church of St. George in Fener district of Istanbul.

Lunch will be provided in a cozy local restaurant!

You will have chance to see the gorgeous Bosphorus during your boat journey. The Bosphorus is the unique strategic waterway which connects the two continents -Europe and Asia- so it is a bridge between European and Asian Sides that makes Istanbul unique as well.

Being within the complex of Yeni Camii, Spice Market hosts 88 shops which are all under the same dome. You will feel that Istanbul is a vibrant city while smelling the scents of spices and herbs, trying different tastes like Turkish delight, seeing the lights and hearing the sounds of the crowd. We suggest you to indulge yourself with halvah and baklava while drinking your Turkish coffee. 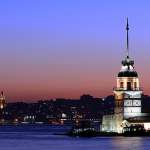 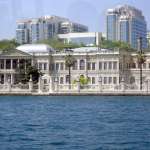 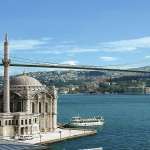 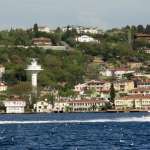 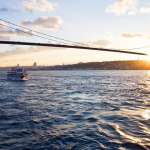